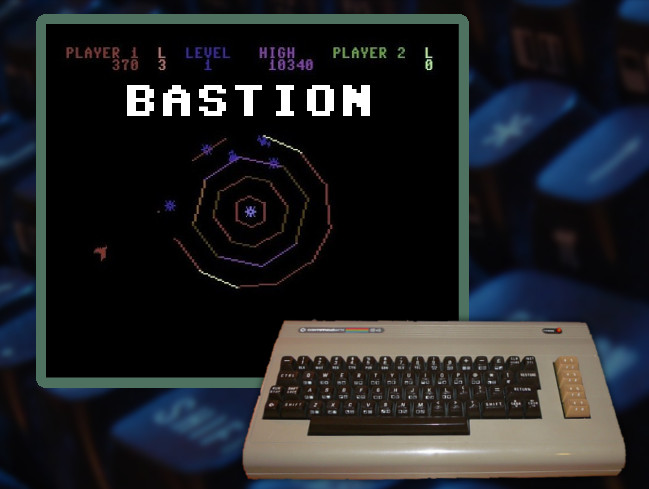 I finally find a version of my favorite 80s Arcade video game for the Commodore 64!

Back in the early 80’s, one of my favorite games to play at the video arcade was Star Castle. I plugged more quarters into that cabinet than any other video game. The only thing was, I could never find a port of the game for the C64 and I could never understand why. The game was enjoyable enough, certainly more nerve racking and action packed than something like Space Invaders. Yet, Space Invaders was on the C64 – why no Star Castle?

About the closest game that I could find to Star Castle, on the C64, was Star Fortress; similar in concept, but on a horizontal game field, not in a circle. But, just out of pure luck, recently I stumbled across a game that was published in the pages of Compute’s! Gazette, back in 1990, called Bastion. To my surprise it was the closest game to Star Castle that I have ever played on my beloved C64! Hallelujah!

In Bastion, your mission is to take out the enemy power generator in the center of the screen. To do so you must shoot out the protective shielding surrounding the generator, as well as the drones that travel up along the bands of shielding to attack you.

Your ship is much like the one in Star Castle; left and right on the joystick rotate you in either a clockwise or counter-clockwise direction and up is your thrust. Press down for an instant 180 degree turn. Fire, of course, fires your ship’s gun. The longer you apply thrust, the faster your ship travels and hold inertia. When you reach the border of the screen, you continue your trajectory and appear on the opposite side of the screen, very similar to Star Castle. However, ever so often, the border of the screen changes from black to gray. When it does, and if you collide with it, your ship will be destroyed and you lose a life.

There’s a couple other differences between Bastion and Star Castle. The first one is, when you clear a path to the generator in the center of the screen, it does not fire at you. This was a bit of a let-down for me, as it would have added some tension in the game, as you build up to the point of taking a “kill shot”. The second is that the shielding surrounding the generator has different properties, indicated by colour. Yellow shields will ricochet your gun fire, which will destroy you if you’re hit by it. Purple shields are impenetrable, so you’ll have to adjust your timing to shoot around them. As you move up in the levels, the shields will take more shots to destroy. Bastion also uses nicely animated particle explosions when you destroy the enemy drones and the center generator.

Another interesting thing that makes Bastion different from Star Castle is that it has a two player option. If you have a buddy who wants to take control of the second ship, can both work together and take out the enemy generator. But, we warned, your ships are vulnerable to each other’s gun fire, so watch your targeting and avoid that friendly fire.

Overall, I enjoy playing Bastion. I’ve rated it 4 out of 5 but keep in mind that I really like the game Star Castle. If you’re not a Star Castle fan, then you’ll probably find Bastion a little dull. Like I mentioned above, having the added threat of the “generator” taking shots at you when the shields are down would have added some excitement to the game. Also, I think some sort of background music or sound would have livened things up a bit, even if it could have been something simple, like the droning sound you hear in Star Castle. A little bit more variety in the game-play would have gone a long way.

For a Star Castle fan like myself, Bastion is the closest I’ve been able to find to this classic arcade game on the C64. I’m glad I happened across it and have something to play that resembles one of my most favorite classic video games of the 80s. I never would have thought that it would come from the pages of Compute’s! Gazette. 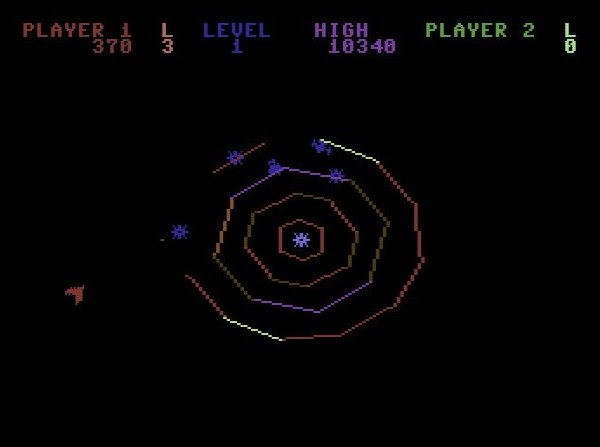 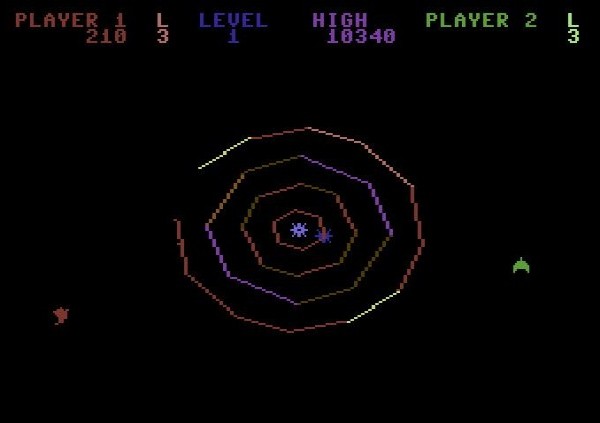