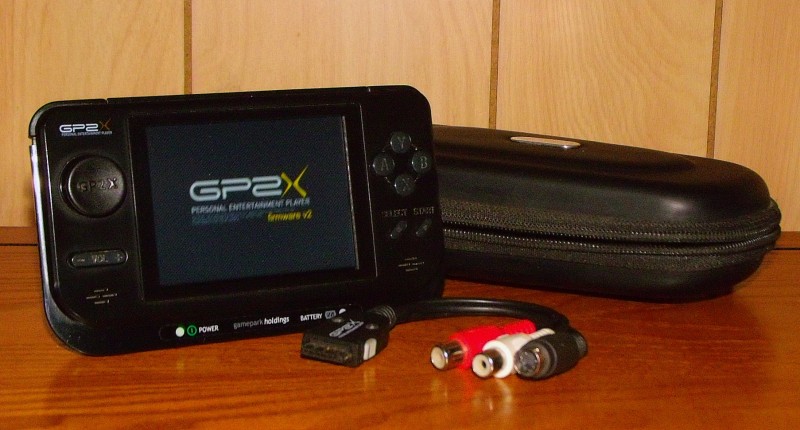 When I first saw this little open source handheld console, back in 2006, I just knew that there was something special about it. Here it is fifteen years later and I’m still getting a lot of enjoyment out of this video gaming marvel.

Link to my GP2X Resources Site

I’m amazed at how well it continues to perform and am saddened that it didn’t get more attention from the home brew gaming scene.

I guess what it boils down too is that, perhaps the GP2X was just a little bit ahead of it’s time. It was (and is) a fantastic system for retro game emulation. You can run so many systems on it, from the Atari 2600 right up to the PS1 and everything in between. But, back in 2006, I guess those systems weren’t quite “retro” enough for most main-stream gamers. However, now that retro gaming seems to be all the rage, I would bet that the GP2X would have been a much more popular handheld console today.

I would have to say that it was the GP2X that sparked my increased interest to get back in to the Commodore 64 scene. I still had my C64 and C128 in 2006, but I didn’t realise back then that there was an active C64 community on the Internet, still creating games and hardware for my beloved home computers. But, because the GP2X emulated the C64 so well, I went out to see how I could get my favourite C64 games onto it, which soon led me to discover .D64 disk images, and I was off like a flash.

Soon after that, I then discovered that the GP2X also had an excellent Sega Genesis/Mega Drive emulator. So, not only could I enjoy playing my favourite Commodore games on it, I could now bring along all of my Genesis games! And then came along the Intellivision emulator; I was in retro gaming heaven.

But the GP2X wasn’t just great at emulating the classic consoles, it also had some really fun original games, both commercial and from the growing home brew developers that embraced this little wonder. I bought two commercial games for it, Payback (Apex Designs) and Vektar (GP2X.co.uk), which highlighted so much of the console’s potential for great graphics and sound; they’re also lots of fun to play.

Being an open source system really resonated with me, not only because I’m a dedicated Linux user, but it also brought back so many of those good memories as a C64 owner. Anyone could just sit down and create a game for the C64, you didn’t need any special development license or hacked system to do it. It was just there waiting for you. I thought this sort of mentality really deserved to be supported and encouraged. Good luck trying to that with a GameBoy, DS, or PSP.  The Intellivision is also a favorite console of mine, having such great memories of it when I was a teen.  Being able to play these games just about anywhere (with the GP2X) is what has made this hand-held console my favorite.

Games wasn’t all that it could play. The GP2X can also play videos, music, and read e-books. You can’t do that with many of today’s “retro” gaming consoles. What set the GP2X apart from the other consoles of the era (besides being open source), at least for me, was the ability to connect the console to a television via the EXT port. This was something else you couldn’t do with the Nintendo DS or the PSP – not until the PSP-2000 in 2007. 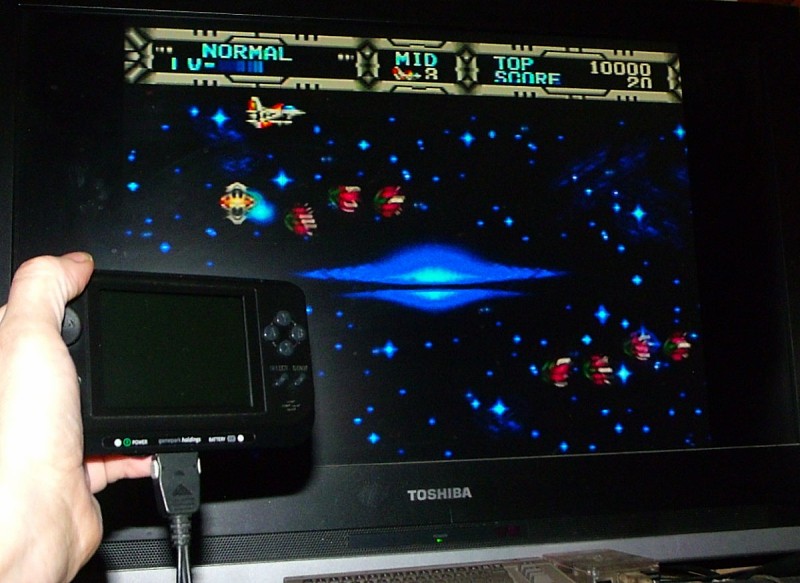 Most of the portable/hand held devices we have today all come with their own built-in high capacity battery packs. I have some problems with batteries that I can’t easily change, because unless I keep them properly charged or regularly cycled, they usually prematurely fail on me. Then, the darn thing is relatively useless to me. The nice thing about the GP2X is that it operates on high capacity REPLACEABLE AA batteries. So, even after sixteen years, a fresh set of rechargeable batteries, the GP2X is just as versatile as it ever was.

Although I could probably be happy using my GP2X for just playing my favourite games on the emulators, the home brew community really brought a lot of diversity to the console. Although many games from the community could be considered “simple”, there were still many that where of high quality and fun to play.

Some of the home brew games that I have on my SD card and still regularly play include Tile Match, rRootage, PucKmAn-GP2X, The Minigame Project, Kill Everything That Moves, Battle Jewels GP2X, and Protozoa. All of these are still available for downloading, here. But, with the announcement of Intellivision games coming to the Evercade, I’ve been inspired to brush up on my gaming skills on a few of my favourite INTV games. I’ve even submitted a few high scores for the CBM 8-Bit Retro High Scores Archive. Like my recent hi-score for Lock ‘n’ Chase. 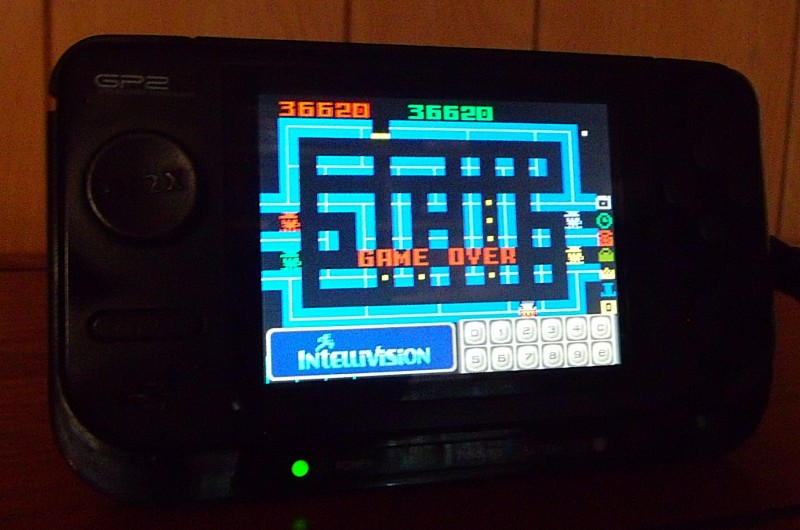 The GP2X may not be to everyone’s liking, or it may be a little dated now when compared to today’s portable consoles, I think it’s still one of the best that ever made it to market. Here it is all of these years later and it’s still going strong; I can’t even guess at how many hours I’ve played games, listened to music (both MP3s and OGGs – which I like better) or watched movies on it.  I’ve even used it to read a couple of books over the years.  I don’t think I’ll ever find anything else that I’d want to replace it with. I wish there were still developers out there making games for it, like there are for other retro systems (like the C64).

There’s just so much that I think this little open source console could offer for inspired game makers, giving them an excellent platform to make some really fun games… Like Deal or No Deal! And how can you not enjoy a game console that has Howie Mandel on it! 😉 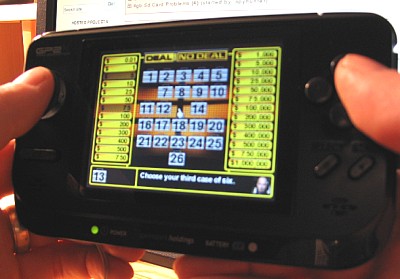