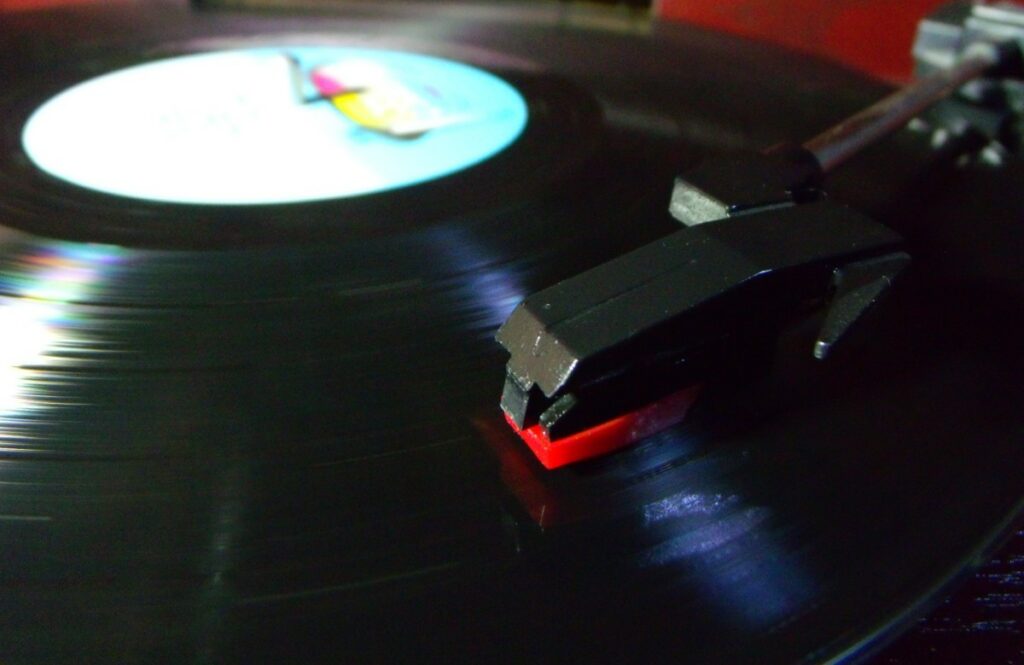 With a new drive belt and diamond tipped stylus needle installed, my Sylvania SRCD838 “nostalgia” turntable is sounding better than ever!

With all the warnings I’ve been reading about the growing problems in the supply chain (specifically for electronics), I decided that it would be a good time to invest in a few items that may soon be hard to get.  Some of those things included repair/replacement parts for our collection of nostalgia (a.k.a. all-in-one) turntables, like belts and stylus needles.  I really have no idea how difficult out the ordinary parts like these will be to find in the near future.  As they are still available to buy at affordable prices on Amazon today, I thought it would be a good idea to get them now, so I can continue to enjoy our record players for years to come.

Since I have a few different brands/models of turntables, I’m sure each of them have different sized belts in their record and cassette player mechanisms.  So, I was able to find some assorted belt packages, one for cassette decks and one for turntables.  Some people on the Internet suggest just using rubber bands works just fine for replacing drive belts in these sort of electronics, but I’d rather just pay the little bit extra for something that was specifically designed for the task.

A number of each belt size was in included in the cassette package, so I should be set for some time.

I put one of the turntable drive belts immediately to use by finally getting around to addressing my Sylvania turntable’s wow and flutter problem.  It took a little bit of tricky work with pliers and mini screwdriver set, but I was able to get the old belt off of the drive spindle and replace it with an appropriately sized replacement belt from the pack that arrived from Amazon.

Once the new belt was in place I gave the record player a spin and it immediately sounded better; no more variation in the playback speed… the “wow and flutter” was gone.

Next, I proceeded with changing the needle on the record player’s stylus.  I found (what I thought) was a pretty good deal on eight diamond tip stylus needles.  There are actually several of these styles of needles to choose from on Amazon, so it’s always difficult to determine which one will fit on to your record player.  But, I took a shot and ordered a set of these:  Suwimut Universal Diamond Stylus Needle

Unlike previous needles I’ve purchased from Amazon, these came in a protective metal box.  I’ll have a much better chance of not losing them like this!  And they should stay in excellent shape until the next time I need one.

Changing these needles is a pretty simple task; using a mini flat head screwdriver, push down on the needle housing at the the front of the stylus and it will swing downwards.  Unhinge the other end and pull the needle and it’s housing off of the stylus.  To install the new needle, do the procedure in the opposite direction.

The needle that I was replacing was a TechPlay ruby tipped needle.  It was okay, but being a ruby, it wears down faster than a diamond tip.  I know my hearing is not what it used to be, but I think the fidelity has improved slightly and I’m hearing less background “hiss”.  But you can judge for yourself:

Overall, the minor upgrades to the Sylvania stereo have worked out well and have improved it’s performance I had hoped.  Also, having these extra and somewhat obscure replacement parts on hand will undoubtedly be worth having, in light of the apparent turmoil affecting the world’s supply chain of manufactured parts and electronics.  At least I’ll be able to keep playing my cherished vinyl and compact cassettes for the foreseeable future, no matter what happens to the world markets in the next couple of years.