LaserDiscs have always been my favorite home video format ever since I bought my first LD player, back in the mid-90s.  I knew about it back in the 80s, but I didn’t pay them any attention because they just didn’t make much of an impact with me back then.

After all the research I’ve done on the subject, I blame the lack of interest of the format clearly on the A/V retailers and their sales people.  I don’t think that they really understood how to sell the idea behind the LaserDisc format. I’ve watched several videos on YouTube that tried to instruct salespeople on how to sell the LaserDisc/LaserVision/Magnavision systems, and I have to say that their sales approach made a lot of sense.  If the salespeople followed it, I think LaserDiscs would have done better, overall.

They actually use an approach on how to describe LaserDiscs, that fit with how I looked at them.  Even though most people (back then and today) seem to think they were in competition with VHS and Beta, they really weren’t.  Comparing a LaserDisc player to a VCR was, to me, like comparing a turntable or CD player to a cassette deck.  They just didn’t serve the same purpose. If you wanted to listen to music at its best, you either bought it on LP or CD.  Then, for convenience, you recorded it onto compact cassette.

The same went for movies on LaserDisc; if you wanted the best looking and sounding movie for your collection, you bought it on LaserDisc.  The VCR was originally built for convenience, so you could record programming off of the TV (a.k.a. time-shifting).  This is how salespeople should have sold it.  The LaserDisc was never supposed to replace the VCR, it was to compliment it, the same way a turntable complimented a tape deck in a person’s hi-fi system.

The Laserdisc manufacturers, back in the 70s and 80s, also saw it this way.  At least this is what I’ve been able to gather, based on their marketing videos.  The LaserDisc player was “a turntable for your television”.  It’s unfortunate that the consumer didn’t see it that way.  Which is why I blame the salespeople for not ensuring the public did see it that way.  This is how I remember it from back then: you can’t record on a LaserDisc, so VHS is better.  When you think about it, you can’t record on an LP either, yet they still sold turntables after the compact cassette became popular. 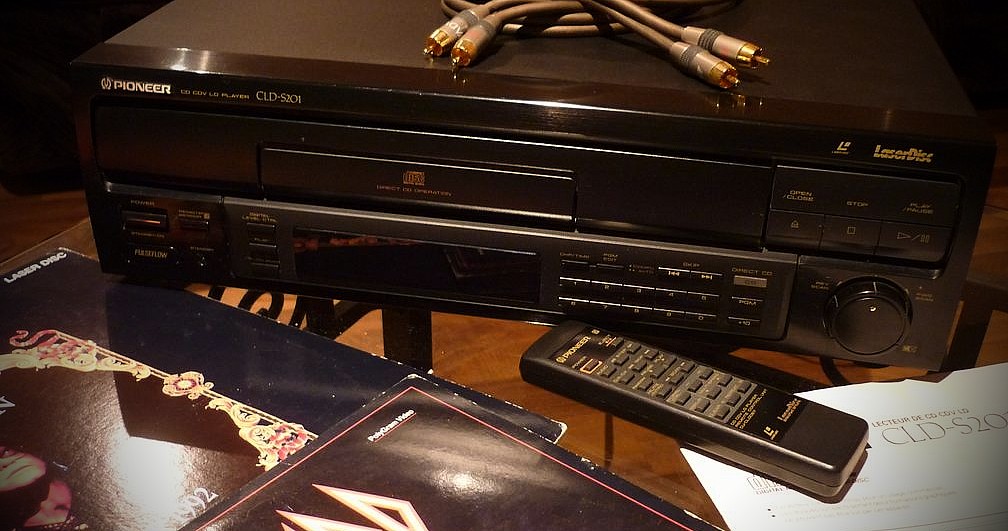 Record companies missed a real opportunity here, as well.  With the popularity of music videos on T.V., they should have sold LDs with those music videos on them right along side the vinyl LPs and cassettes.  Just imagine a MuchMusic/MTV Top 40 music video disc every six months!  Consumers would have had access to high fidelity digital recordings of their favorite music years before CDs were made available. From what I can gather, LaserDiscs back in the beginning were pretty inexpensive. They didn’t cost much more than a regular LP, so selling music video discs along side LPs probably would have worked. Some price lists I’ve seen even put LaserDisc players at a lower price than VCRs. All the pieces were in place for LaserDiscs to be a success, it just didn’t seem to make it off the sales floor.

Today, all of this really doesn’t matter too much.  Even though LaserDiscs had a small section of the home video market, they still produced discs for most of the movies released up until the 2000s.  But, they were more expensive when compared to VHS (at least after the mid-80s).  So, I suppose they would have been a pretty inexpensive home video medium if they’re popularity took off.

For me, I’ll still keep a lookout for those rare occurrences of inexpensive Laserdiscs and grow my collection when I can.  Because, even though digital DVDs and BluRays provide a higher resolution and are relatively cheap, I still prefer my movies on analog LaserDiscs.

Speaking of finding new LaserDiscs, I recently stumbled upon  a really good deal on a couple of discs I found on eBay.  Typically, I can’t afford to buy LDs off of eBay because of the shipping charges.  But, there’s this really excellent “eBayer” over in Manitoba who had a couple of discs as such a good price, I couldn’t pass them up.  They were in really good shape, too.  I could tell that the previous owner took real good care of them.  So, glad to have these in the collection.

More about these new additions to the collection can be found on my video collection blog, HERE. 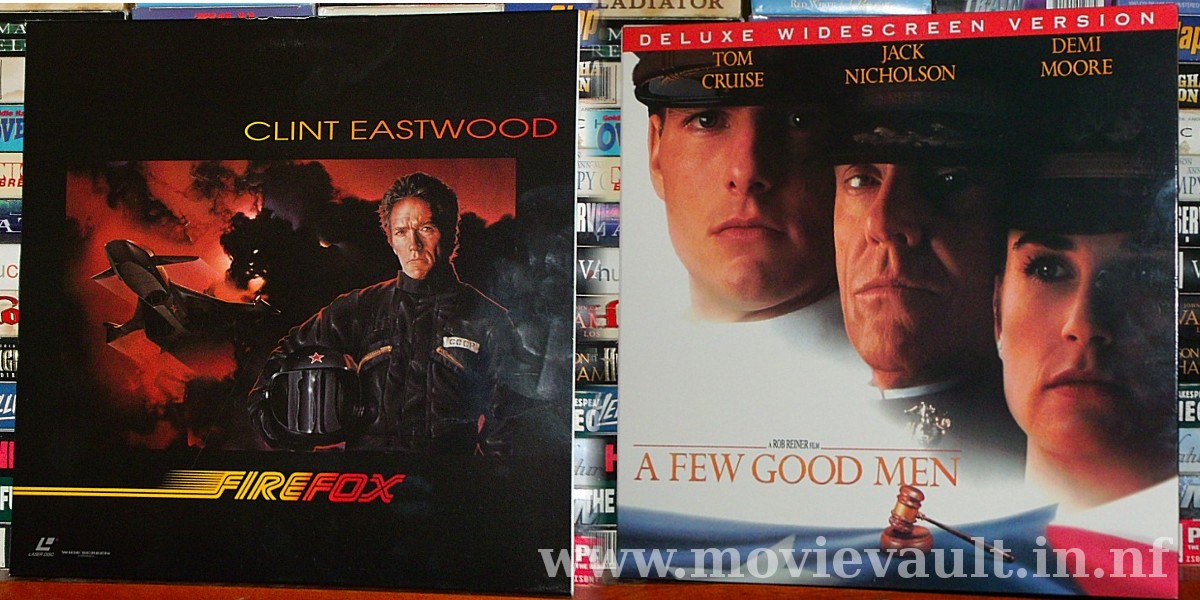